We use cookies on this website. By using this site, you agree that we may store and access cookies on your device Read More Got it!
Home  >  Raid Server  >  Raid 5 Data Recovery – How to recover data from Raid 5?

Redundant Array of Independent Disks, popularly known as RAID, is a configuration of multiple disk drives into one or more logical units for data redundancy, performance improvement, or both. Invented in the late 1980s, RAID servers continue to be used extensively even today. This Data Storage Visualization Technology is used in enterprises and businesses for three key reasons.

Depending upon performance and required redundancy level, RAID servers are further categorized into RAID levels. These help in preventing data loss in case of a drive failure. In a scenario, when one drive fails, you can count on other drives to access the data. With this, in addition to performance, storage capacity, reliability, and data availability also improve. RAID may be the most reliable option to secure data, but it is not completely immune to failure. 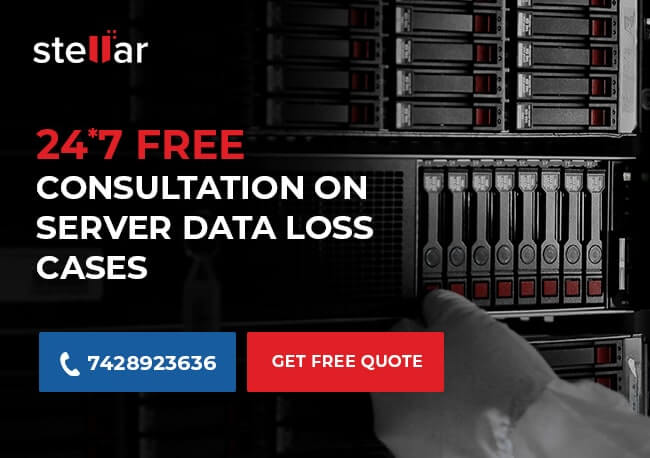 The common reasons for RAID failure include failure of the RAID controller, missing RAID partitions, multiple disk failures, or server crashes. But there are multiple other possibilities that could lead to the failure of the RAID server. It can broadly be divided into physical causes, failure due to human error, and logical failure.

If you have even a slight doubt that the RAID server is crashing, it’s imperative to take precautionary measures to protect your data from further damage. Here are some RAID Data Loss Prevention Tips:

RAID is available in different schemes or RAID levels. The most common levels are RAID 0, 1, 5, 6, and 10. RAID 0, 1, and 5 work on both hard disk drives (HDD) and solid-state drives (SSD). Thus, it is important to understand the schemes or levels they are available in and their functions.

How to Recover Data from RAID Server?

Here are some ways to recover data from the RAID server, based on the cause and data loss situation.

Case 1: There is one disk failure and the RAID server is running in Degraded Mode. Now, you need to recover a bit of critical data.

In this situation, you can recover data fully without sharing the RAID server.

Note: If any other disk fails, the complete RAID server will fail.

Case 2: There is one disk failure and the RAID server enters into Degraded Mode. Now, you need to recover everything, including applications to boot up the operating system.

It is a situation where the RAID server is either Data Server or an Application. Thus, recovering only data is not sufficient.

Note: Make sure to back up the disk image before rebuilding.

What to do for RAID Data Recovery?

Why you should count on a Professional Data Recovery Service to Recover Data from Crashed RAID Server?

Read out the Case Study for RAID Server Recovery.

RAID servers, widely used across businesses, enhance performance and security with their storage and computing capabilities. These servers come in different schemes and levels depending on the users’ requirements. Each RAID level has some sort of protection mechanism to secure your data. But certain logical, human, or software errors can lead to a system crash, putting the data at risk of loss or making it inaccessible. In such a scenario, the best option is to seek the help of professional RAID Data Recovery service providers, like Stellar Data Recovery.

Sapna Trivedi is a Sr. Online Marketing Executive at Stellar. She has more than 5 years' of experience in the data recovery industry. Specifically, she has knowledge of data recovery services, photo recovery software, and SQL Repair software. She has always been a learner and she loves to implement her technical & marketing skills in her professional career. She has been successful in creating a blend of her hard skills and soft skills and utilize it effectively in her domain area of expertise.