QNAP is a manufacturer of storage solutions and networking appliances. It’s known for providing high-quality Network Attached Storage (NAS). A NAS is a device that is not only used for file sharing, but also for data storage, virtualization, and other purposes. 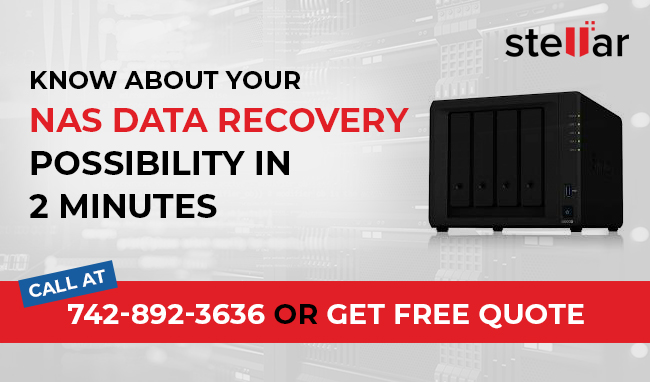 A NAS consists of one or more hard drives. However, you can also expand NAS storage space by connecting expansion enclosures to it. This makes QNAP NAS ideal for data backup, video surveillance storage, etc. Due to convenience of use and high storage capacity, QNAP NAS has become popular among home users, small businesses, and corporates alike.

Unfortunately, QNAP NAS is also prone to problems and issues. Sometimes, NAS enters into Missing Mode. This occurs due to accidental disconnect or expansion unit failure. When this happens, the Storage Manager displays an error icon in the Overview section (see Figure A), and the Disks section shows the expansion unit marked with a disconnection icon (see Figure B). 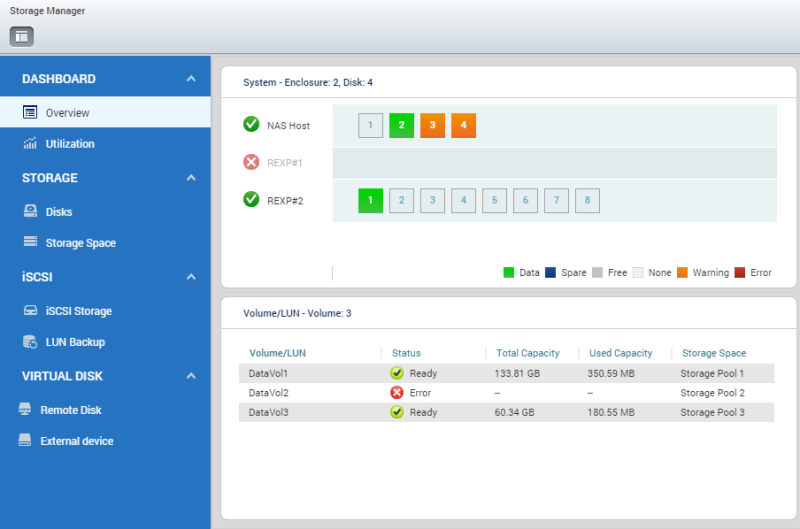 While in Missing Mode, QNAP NAS blocks I/O access to protect the data stored on disconnected expansion storage. Thus, you cannot access the data on the missing expansion unit.

Additional Reading – HOW TO ACCESS DATA ON FAILED NAS DRIVE?

If your QNAP NAS goes into Missing Mode, follow the given solutions to fix the issue and recover the data:

Sometimes, the Missing Mode issue occurs due to accidental disconnect. To resolve the issue, follow the given steps:

If the expansion unit has no issues and it’s correctly reconnected, the NAS would present a recovery message “Some disks or enclosures have been reconnected. Would you like to recover them now?”

Figure C: Message box to confirm the reconnection of the expansion enclosure. 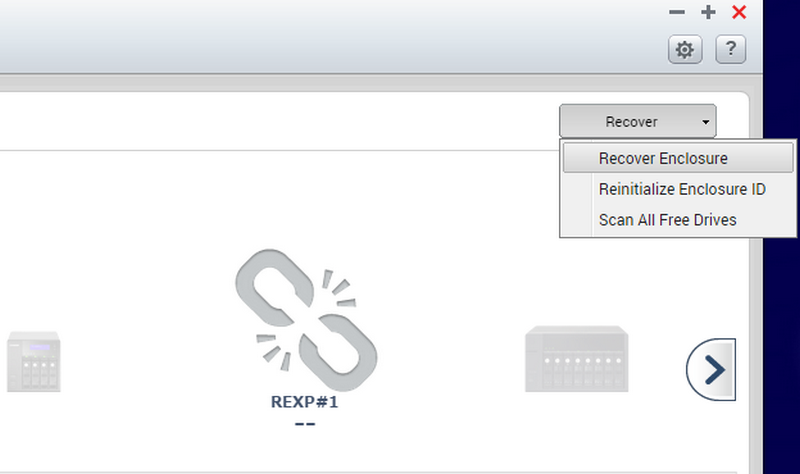 To carry out this process safely, follow the below steps:

NOTE: While inserting the disks, make sure that you place the disks in their original order.

NOTE: The new expansion unit must have an equal or greater number of bays than the failed unit.

QNAP NAS Missing Mode indicates that either an expansion unit is disconnected from NAS or it has failed. To fix this problem, first, you need to check that all the expansion units are properly intact with the NAS. If there are no connection issues and the unit is powered ON, it might have failed. In such a case, you need to replace the expansion enclosure with a new one as mentioned in this post. In case the problem is still not resolved and you’re not able to access the data, seek the help of NAS data recovery experts such as Stellar.

Sapna Trivedi is a Sr. Online Marketing Executive at Stellar. She has more than 5 years' of experience in the data recovery industry. Specifically, she has knowledge of data recovery services, photo recovery software, and SQL Repair software. She has always been a learner and she loves to implement her technical & marketing skills in her professional career. She has been successful in creating a blend of her hard skills and soft skills and utilize it effectively in her domain area of expertise.