“Is your Android device safe?” is the persistent question which one gets to hear nowadays. This on-the-go device, which has replaced PCs and laptops considerably, owing to its multitasking ability, has become more prone to malware. And one such is HummingBad Virus, the new Android malware. It has affected more than 10 million devices of which 280,000 affected users are from the US alone!

With this, about 85 million of the world’s Android devices have become vulnerable. 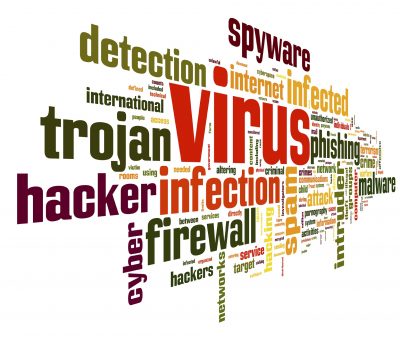 This, therefore, brings in the need for keeping your Android devices safe and secure. Let’s now look at how this malware seeps into your device.

HummingBad Virus skilfully attracts users through its pseudo-revenue-generating mobile and web advertisements called ‘click-fraud.’ This, in turn, generates revenue for its parent company. Once users click on these ads, then malware gains root access to the Operating System of Android devices. With this, users’ data stand at a higher risk and it is no longer safe!

Note: While rooting in certain cases are healthy as some users employ it to control their devices’ behavior; however, in this case, it is an illegal practice as users’ devices are rooted without their knowledge and approval.

Let’s identify the common symptoms of your device getting affected by HummingBad Virus:

An important measure that you can adopt is to ensure that your Android device is protected by security software. With malware such as HummingBad Virus engulfing almost all Android devices, installing an anti-virus app should be on your to-do list. 360 Security, Avast! Mobile Security, ESET Mobile Security & Antivirus, Avira Antivirus Security, AVL, etc. are considered to be the reigning security apps for your device. And, unlike, Kaspersky and Norton, these security apps come free of cost!

Another step that you can take is to install apps from trusted sources such as Google Play. Should you install apps from ‘unknown sources’, then your Android device runs at the potential risk of either losing data or getting damaged. If case you still wish to install apps from other sources, then you can turn on “Scan device for security threats” under the “verify apps” feature. Not only will this feature keep a tab on your device activity, but it also stops or sends alerts in case of potential harm.

Yet another step is to create a backup of your device’s data. With your Android device on the go, the backup becomes more of a necessity. And, you may not wish to find yourself in a state of despair not having backed up your important data. The easiest way is to create a backup on Google. All you have to do is go to the ‘settings’ section on your phone and find ‘Backup & Reset’ where you can back up your app data, Wi-Fi passwords, and preferences. This will be connected to your Google account; In case you re-install an app, you can automatically restore its backup settings and data.

If at all you observe symptoms of a malware attack on your Android device and wish to remove it completely, then you can perform a ‘factory reset’ and then change your Google password from a system. This way, you will be able to create new credentials for your device, with the old ones becoming obsolete. In case the malware has ‘root access,’ then a factory reset would not serve the purpose. Here, you need to reach out to your mobile engineer or seek expert help, who will install a new read-only memory (ROM) on your device.