Can you predict the life of your newly purchased hard drive? No right? Even the manufacturer can’t give guaranty of any hard drive failure. At times, hard disk gives us a tough time and becomes complex to manage. However, on the other hand, you can’t deny the fact that it helps us achieve our large and crucial information and is a reason for computer globalisation. Each of the new storage technology is dependent upon the hard drive capacity & efficiency, cloud storage the most recent example of it.

Earlier Hard drive failure was widespread, but along with the latest advancements, the disasters become less frequent. According to the most recent research a popular data storage company named Black Blaze has decided to test the reliability their hard drives, which were used for cloud storage services. To show the average reliability a hard drive the company kept up to 25,000 hard drives constantly online for the last four years. They have noted each drive failure, and have replaced the slot with the new one. After four years of analysis, Back blaze came out with some fantastic data and graphs that detail the failure rate of hard drives over the first four years of their life.

According to the four years, lengthy analysis Black blaze concluded that hard drive failure can be divided into three distinct shortcomings or can say phase. The first phase lasts for 1.5 years, in this phase the annual failure rate is 5.1%. The second phase extends for next 1.5 years, where the yearly failure rate drops to 1.4% annually. And the third phase includes next three years, where the failure rate explodes to 11.8% per year. These statistics concluded that around 92% of hard drives survive the first 18 months, and among them, about 90% reach to three years.

In short, these figures determine that fewer than 80% of the hard drives will surely complete their fourth year. According to other researchers also found that the failure rate of a hard drive is always around 12% per year, which means about 50% of hard drives survive complete their six years of survival.

Usually, manufacturing Defect is the primary cause of drive failure, and it is called ‘lemon effect’. This is the reason why most of your drive lives for long, or die just after a few months. In short, the chances of your hard drive death in the first three years are only 1 out of 10, and after that, the failure chances depends upon the usage and environment.

To overcome hard drive failure and data, we recommend the use of Stellar Phoenix Windows Data Recovery software, Download and recover data on your failed hard disk drive.

The overall outcome of this write up is that the average life of a hard drive is three years, after which the chances of failure increase a lot. Therefore, it is better to initiate backing up your critical data after three years of hard drive life as the failure may destroy a large number of necessary files. Moreover, also include hard drive replacement into your final budget at least in every four years for most of the devices. According to the above analysis, you should build 10% equipment-replacement expense over in the first years and then again initiate it in the third year. 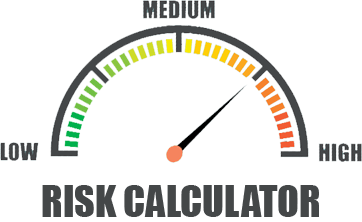