We recover data from all branded Hard Drives like

Stellar Data Recovery Service For Hard Drives – We recover data from not detecting, not responding, damaged hard drives. Our professional services can help you in recovering data from all kind of hard drives & from all type of data loss situations.

Your external hard drive may fail due to various reasons (data deletion, virus attack, power surge, clicking noise coming out of your drive, head-crash, no sensation in the drive & many more). We at Stellar assure up to 100% recovery of your data from all Hard Drive irrespective of any data loss situations.

Don't try to open your Hard Drive, or use any unauthorized software application to recover data from your damaged External Hard Drive. Your mishandling of hard disk can cause permanent data loss, or this can make external hard drive data recovery more tedious, which could be very expensive for you.

Data recovery from a dead hard drive is performed by data recovery experts in a controlled environment of CLASS 100 clean room. 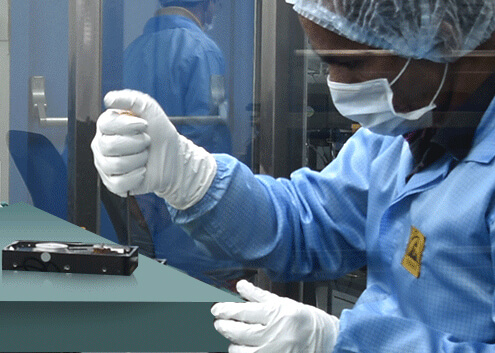 You need to submit your hard drive in our data recovery center for analysis. After complete analysis we can confirm following:

DIY Software - As data recovery option works best, when your hard drive is detecting in your computer or laptop but you are not able to see your data. TRY our windows data recovery software in following data loss situations 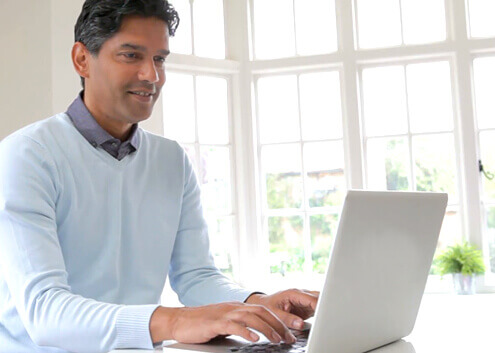 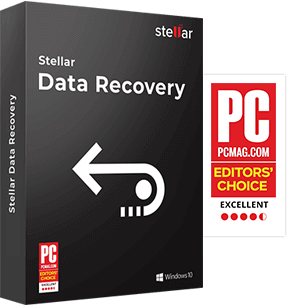 * Download the trial version to scan & preview all the lost files & folders.

Don't' format the hard drive if it has stopped working as you might lose the data forever. Instead, utilize our DIY software or professional Data recovery services to recover your data.

If your hard drive is damaged due to water, don't try to dry it or put it in the freezer as the data is spoiled when the water dries.

When you accidentally drop your hard drive and it suffers physical damage, trying to recover data on your own can lead to permanent data loss. Don't tamper with the drive.

Hard drive crashed OR failed; how to figure out?

Not rocket science, it's very easy to figure out. If the hard drive is showing any of the following behavior then it could be imminent indication of Hard disk failure:

What are the reasons for my system's hard drive failure?

Hard disk failure is most common cause of data loss. Over the years, we at Stellar Data Recovery India have noticed that around 70% of data recovery jobs which we receive are related to HDD only. This is common with domestic and corporate users. There could be many possible reasons for disk failure; like computer systems are being used more frequently and data is stored continuously. Other factors such as increase in data density and number of platters may also be contributing factors for hard drive failures. It is documented that 60% of the Hard disk failure occurs because of mechanical failure and the rest 40% occurs through misuse.

How to verify the type of hard drive failure?

Physical Hard Disk failure: - As the name suggests any kind of physical damage to the hard disk like dropping, burning of hard drive can make device nonfunctional. A physical case may appear if:

A physically damaged hard disk failure can be easily noticed by looking into a hard drive. In case of a physically damaged hard disk, you may not recover data with the help of any data unauthorized recovery software. Also don't try to open the hard disk by yourself, it may damage your drive further, and you may lose your data permanently.
In case none of the above problems are shown by your HDD, it could be a case of logical failure.

Logical Hard disk Failure: - The damage/ failure occurs in the hard drives file structure or software or malware infections, human error or corrupted files or the hard drive does not boot up. A logical hard disk failure may appear if:

Logical Hard disk failure does not require opening the Hard disk drive; one can use hard drive recovery software's to get the data. But it is important to analyze the type of logical failure before one attempts to recover data, hence experts' advice is essential and seek experienced HDD data retrieval services. You can contact us or call us at 1800 -102-3232 to discuss your logical disk failure case. Using any untrusted software can harm your hard disk further, or it could also lock your data, which might be very difficult to recover.
If you think your hard disk drive hasn't encountered a physical or logical failure, then the reason could be electronic/mechanical hard disk failure.

Out of the errors mentioned Electronic/Mechanical hard disk failure is complicated and often encompasses logical, electronic or firmware failure. Hence, it takes lot of effort and time, for hard disk data retrieval process, and such cases are treated in Class 100 Clean Rooms only by Data recovery experts.

My hard drive has bad sectors; how to fix it?

Bad sectors are the areas of hard disk that are either inaccessible or un-writeable. The bad sectors can occur due to physical damage to the surface, software error, manufacturing defect or regular wear and tear etc. HDD with small bad sectors can work fine but it's advisable to replace the hard drive if there are large numbers of bad sectors on the hard disk drive because it can lead to hard disk failure and data loss. It's recommended to regularly monitor the status of the HDD with disk monitoring utility like S.M.A.R.T. Even if the hard drive is functioning properly, a small cluster of a bad sector can corrupt data and be the reason for data loss.
When the system gets notifications of bad sector, it marks the sector as bad and ignores it. The sector will be remapped and the reads and writes to that sector will go elsewhere. In case if the data is on these bad sectors then the chances of losing data becomes high. Hence, it is advisable to take regular backup of the data and also to consult a data recovery professional to recover data from bad sectors.

How to recover data from crashed hard disk?

I Dropped my hard disk and now it won't read the data. How can I recovery my data?

Hard disks are extremely fragile and dropping hard disk can be fatal, dropping the hard disk can damage to its parts like the platters, read/write arm, spindle and other component. This leads to physical damage to HDD and data stored on it becomes inaccessible. To recover data from physically damaged hard disk, it has to be opened in Class Clean Room Labs. Class 100 Clean Room Labs have controlled environment that is suitable for Hard drive, the lab has less than 100 dust particle of size 0.5 microns per cubic foot as compared to 500000 to 1000000 particles in the normal air.
In case of physical hard drive damage it's always recommended to visit or seek professional data recovery services to regain data.
Note: Never open hard disk on your own, it can lead to permanent data loss.

5/5 January 20, 2020 It was a great experience. Thank you to Stellar company for giving back the data as much as possible.

5/5 January 07, 2020 Lost my data and visited stellar, they helped me in recovering the entire data. Thank you stellar for helping me in getting my data back. Thank you very much. Special thank you Madhusha and team.