Till a few years ago, you had very few options regarding the type of Hard Drive you would get on your personal computer. Only if you had purchased an ultraportable Windows-based system, you were likely to have a Solid State Drive (SSD) as the primary storage drive, rest all the laptops and desktops had a Hard Disk Drive (HDD) as the primary storage drive. However, times have changed, and with technological advancements over the years, you can now choose the type of Hard Drive you want to have on your Computer or Laptop – SSD or HDD.

However, the confusion that arises is whether you should choose SSD or HDD as the storage drive for your laptop or desktop. This is because there are no straight-cut answers as to which is a better hard drive. Each user has a different set of requirements, preferences, and budget depending upon which the decision must be made as to which storage media is to be used. It is essential to know the difference between SSD and HDD. 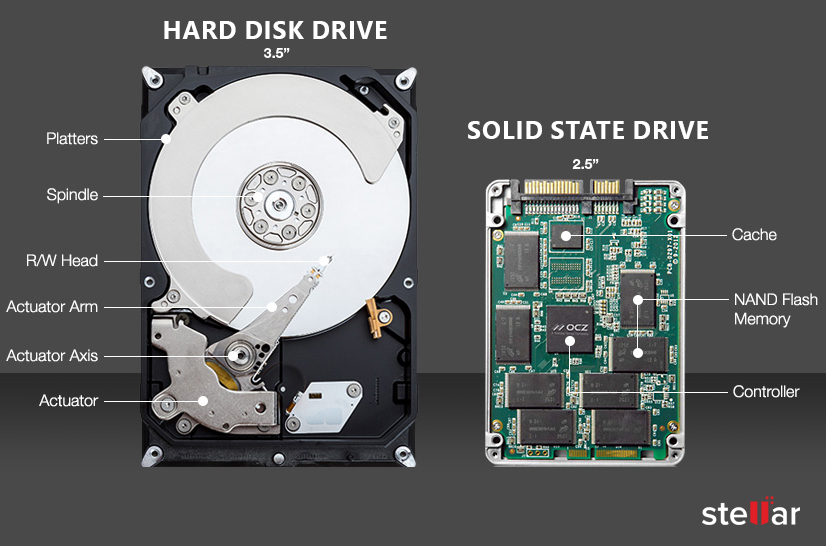 What is Solid State Drive (SSD)?

What is Hard Disk Drive (HDD)?

SSD vs HDD – Which is Best Hard Drive?

When to Use SSD and HDD?

HDD may be the right choice in the following conditions:

SSD may serve as a good option under the following conditions:

Both SSDs and HDDs are used for storing data on your computer. However, to choose the right one, it is essential to know about the pros and cons of each as discussed above. This will help you assess which of the two would be the best fit for meeting your system needs.